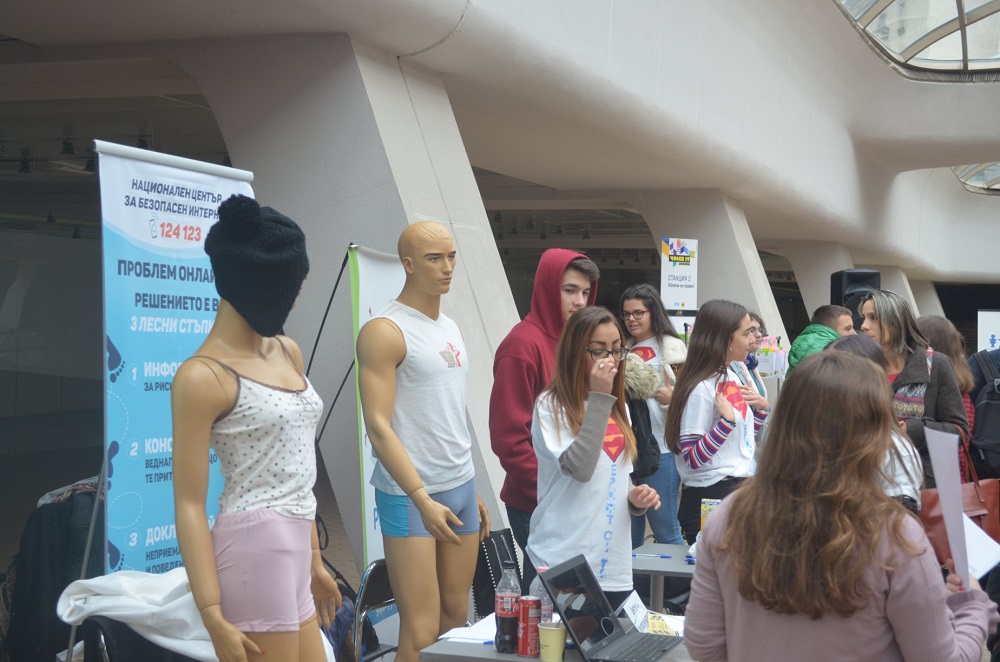 Members of the Bulgarian SIC’s Youth panel participated with their own activities at Voice it national youth forum which took place on 20 November in Sofia. The youngsters revived their campaign against the naked selfies #DressUp and also presented for the first time their new campaign #YouAreTheHero, promoting positive behavior online and countering hate speech online and cyberbulliyng.

At one of the stands of the Bulgarian Safer Internet Centre, the young people were inviting the youngsters attending the forum to participate in dressing of mannequins and take pictures with them. Through that artistic performance, the youngsters reminded to the public their campaign #DressUp and attracted attention to the topic of sexting and sexual self-exploitation online. Then they invited their young guests to take a quiz on internet safety and also discussed the topic with them.

The second stand of the Bulgarian SIC was devoted to the new campaign of the Youth panel #YouAreTheHero which promotes the responsible internet use and encourages giving of positive example for such behaviour to others and counteracts the wide spread of hate speech online and cyberbullying among peers. The youngsters wore T-shirts with the logo of their new campaign. They shared with the attending young people the goals of the campaign and discussed the topic with them.The campaign video will be presented on the Safer Internet Day (5 February 2019), at the main event for its celebration in Bulgaria.

You can find out more information about the Bulgarian SIC’s Youth panel here.

You can find out more about #DressUp campaign here.