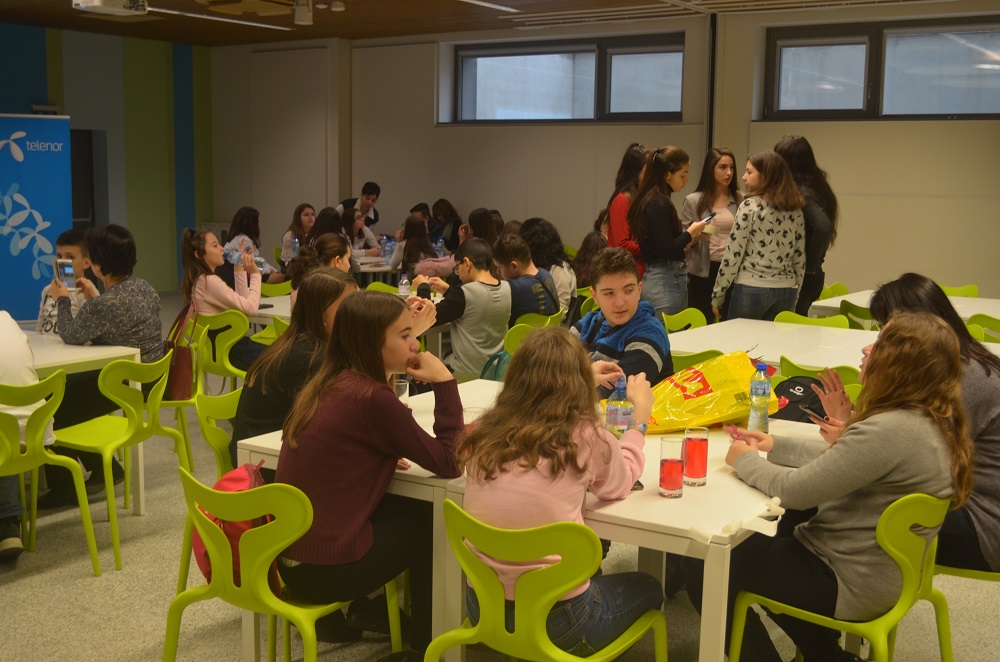 The Bulgarian Safer Internet Centre and the youth media Teen Station launched a campaign promoting positive online behaviuor and countering hate speech and Cyberbulling at the main event for celebration of the international Safer Internet in Bulgaria on 5th of February 2019.

The campaign #YouAreTheHero was designed by the members of the Youth panel of the Bulgarian SIC, coordinated by Emanuil Georgiev and Mirela Dimitrova. The young people wrote the storyboard of the campaign video and participated in the making of the video, as well as in the casting of the young actors Daniel (who also joined the Youth panel) and Sofiya. The video was directed by Boyko Shtonov, who is also a mentor of the young people within a common project for youth media content creation of the Bulgarian SIC and the youth media Teen Station created by the famous Bulgarian journalist Evelina Pavlova.

The main activity of the Safer Internet Day’s celebration in Bulgaria was devoted to countering online hate and Cyberbulling. The Youth panel had planned and facilitated an interactive session in which the participants were split

in working groups. The Cyberscouts from various towns in Bulgaria who won a national competition, as well as their teachers and representatives of various organisations and institutions participated in the main session. In a final discussion the participants shared their suggestions for countering hate speech online and Cyberbulling.

Sanja Saranovic, UNICEF Deputy Representative in Bulgaria, was a special guest of the event. She greeted the young people for their remarkable activity and encouraged them to present their suggestions and recommendations to the State institutions, as well as to the international organisations, in order to contribute the global efforts for better internet.

Traditionally, on a special ceremony, the children who won a national competition among 506 "Cyberscouts" from all over the country trained by the Bulgarian SIC in 2018 received their certificates by Yavor Kolev, Head of Transborder Organized Crime Department of the General Directorate Combating Organised Crime, as well as awards by Telenor Bulgaria, supporting the Bulgarian SIC’s Cyberscout programme.

"Cyberscout squads" from Gotse Delchev, Dobrich, Targovishte and Karlovo deserved their awards for their activities for raising awareness on internet safety among their peers and parents.

For a second year, the campaign “Media Literacy Days” provided by a Coalition for Development of Media Literacy of Bulgarian children (having 15 member-organisations) was also launched on the Safer Internet Day. The Bulgarian SIC which is one of the founders of the Coalition developed a package of materials for teachers for development of Digital and media literacy of their students. The package includes lesson plans for different age groups of students, presentations, plans for work with parents, etc.

Further information about the campaign can be also found here.

The video of the campaign #YouAreTheHero can be found here.