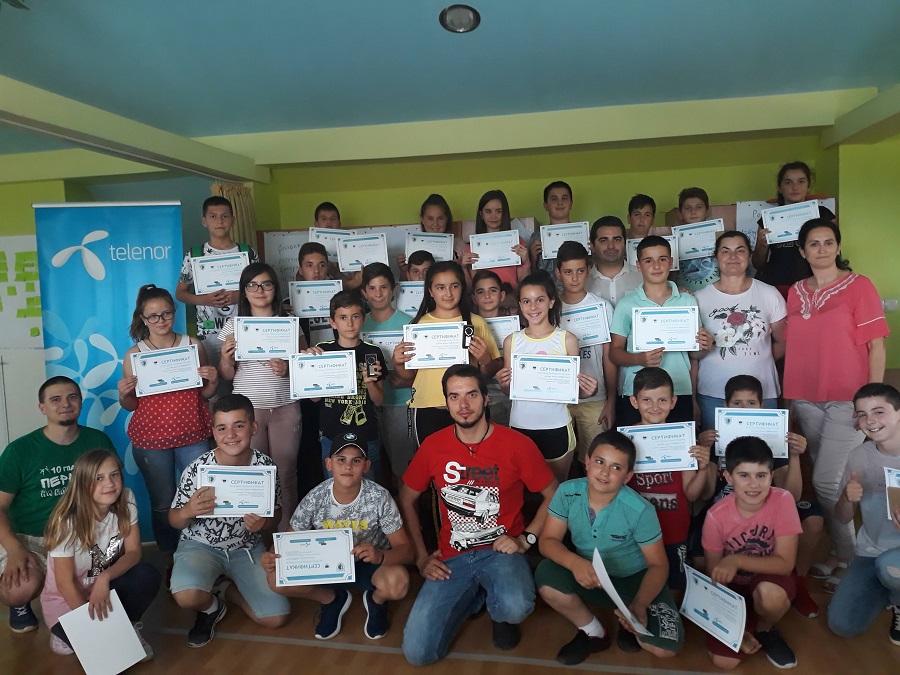 ТDuring the National Safer Internet Day the Bulgarian SIC will start the celebrations by awarding the winners of the annual National Cyberscout Competition held amongst 10-12 year old students by the Centre. Three Cyberscout teams will be present to receive their awards for the first three places in the competition.

The national event will be moderated by the members of the Centre’s Youth Panel. During the second part of the event the young participants will work in groups to draw recommendations on the topic "What parents should know about internet". A final list of recommendation will be disseminated by the SIC and its partners members of the Advisory board.

The winners chosen by the jury are from three different towns across Bulgaria. Some of the activities included Netiquette, Cyberbullying, Online dangers and how to protect ourselves. To do this the teams created presentations, fairy-tales, a colouring book, leaflets, and quizzes with special awards for the best answers given by the participants. The winning teams managed to educate over 200 first, third and fifth grade students how to behave while online, as well as, how to be safe and to protect their personal information from strangers online. They did not forget to discuss and the importance of sharing with a trusted adult if there is anything worrisome while online.

Over 800 fifth graders form 42 schools in 25 cities and towns across Bulgaria took part in the Cyberscout Training Programme organised by the Bulgarian Safer Internet Centre. The two day training includes various discussions and activities on the topic of internet safety: problems while online – both technical and caused by other people, Cyberbullying, Social networks, Fake news, Reporting problems online etc. Upon completion of the training the students formed teams to share their knowledge about Safer Internet by organising and leading numerous initiatives and activities and reaching over 1000 of their peers, as well as, parents, teachers and younger pupils in their respective schools. The Cyberscout teams which entered this year’s competition made the jury’s task really challenging by presenting very original and effective projects.

The Cyberscout Training Programme is being organised for a fifth consecutive year with the support of Telenor Bulgaria and with the participation of the regional partners of the Bulgarian Safer Internet Centre – the Youth Centres in Plovdiv and Vratsa, P.U.L.S. Foundation in Pernik and “Hope” Foundation in Varna. The Programme is very popular and well accepted by the schools across the country. The sixth season of the Programme is currently running and it will continue until the end of the school year in July 2020.