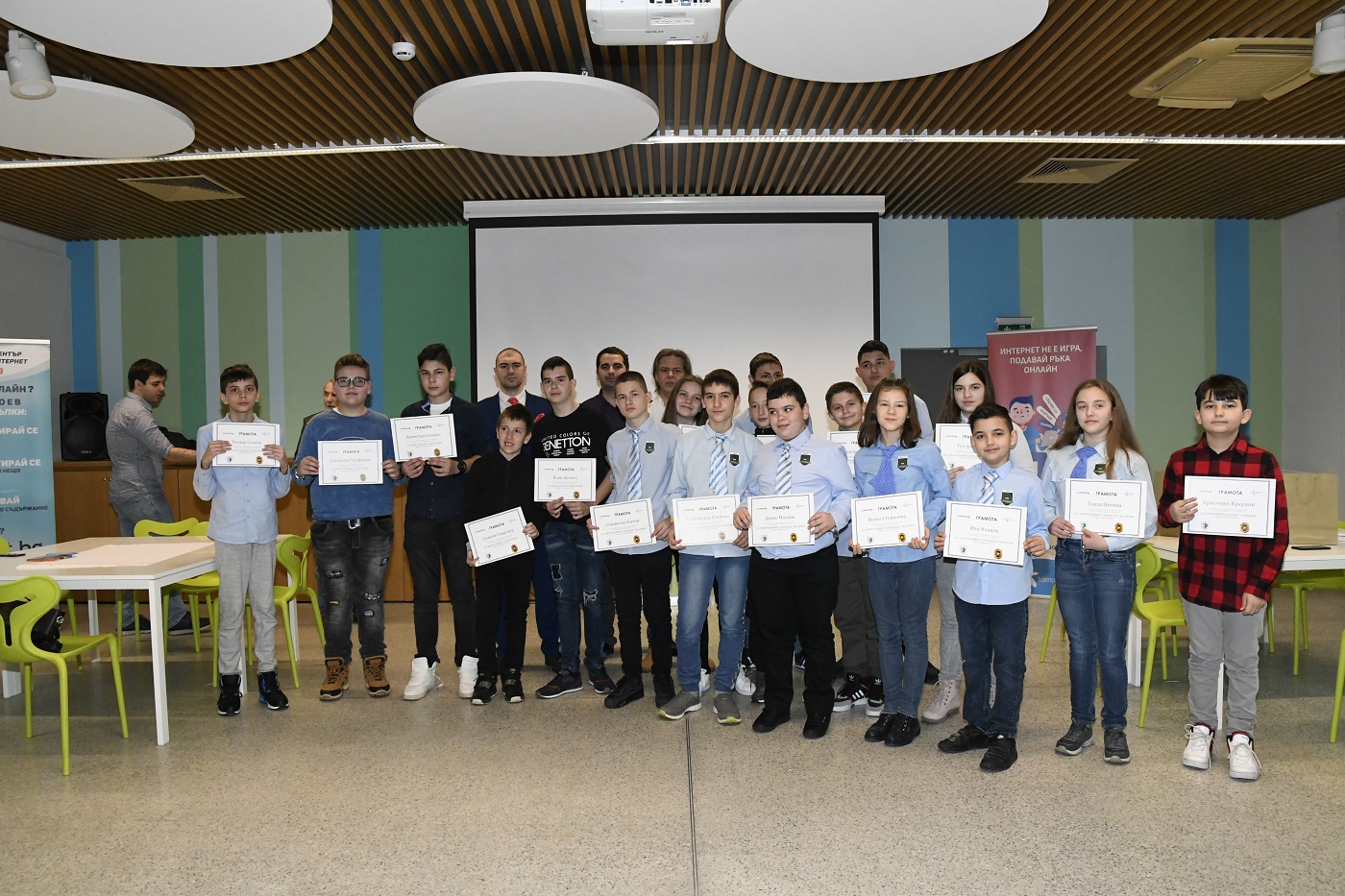 On 11th February, together with over 150 countries worldwide, Bulgaria celebrated the International Safer Internet Day. Dozens of Bulgarian schools and libraries organised various initiatives and activities with the motto: “Together for a better internet”.

The main event for the Safer Internet Day took place in the Children’s Science Centre “Muzeiko” in Sofia. Students and teachers from Sofia and the country participated in the event, which was officially supported by the State Agency for Child Protection, the Cybercrime Police Unit, Telenor Bulgaria, Networx – Bulgaria and Nastech – Kazanlak.

The Safer Internet Day started with an official ceremony awarding the three best teams, who took part in the Cyberscout training programme for fifth graders of the Bulgarian Safer Internet Centre. This year awards were given to students from the towns of Aksakovo, Elin Pelin and Plovdiv. They also received special certificates presented by Chief Inspector Michail Dragodanov, the Director of the Cybercrime unit of the Bulgarian General Directorate Combating Organised Crime.

Following the award ceremony the Youth Panel of the Bulgarian Safer Internet Centre took the lead of the event. They organised working groups for the cyberscouts and their peers from Sofia. The groups discussed what recommendations they could give the parents in order to help their children be safer while online and to be able to receive help and support if they encounter any unpleasant or dangerous situations online. Summary of the children’s recommendations for their parents will be used for the development of a special leaflet for parents using the Safer Internet Day’s motto “Together for a better Internet.”

The Safer Internet Day marked the beginning of a number of campaigns about children’s safety online. For a third consecutive year the Media Literacy Coalition announced the beginning of their campaign “Media Literacy Days”. The Campaign will last one month and will include various initiatives and events for children and their parents. The organisations, which are part of the Media Literacy Coalition have also prepared materials to support the teachers who would like to organise activities with children, as well as meetings with parents.

Telenor and the Safer Internet Centre also prepared a series of animated videos containing advice for parents and their children about the different risks and how to be protected while online. At the same time another online campaign was launched - #БезХейт (#NoHate) – initiative which aims to address the online harassment. The campaign includes some of the most popular social media influencers in Bulgaria, such as Aide BG, Andi Video, Suzi and Reni, Pavel Kolev and Icaka, Eleksa, Eliasa and many more. They will be taking a stand against online hate, discussing online harassment with their followers by encouraging to start sending positive messages when communicating online and to use #NoHate if they encounter hate speech online.